How Cathx Ocean were involved in the Black Sea MAP project with their subsea cameras, lights, and lasers. The Maritime Archaeological Project, which was in its third and final year, investigated the effects of sea level change on early humans. The unique qualities of the Black Sea have ensured that shipwrecks resting at the bottom of this sea have remained incredibly well preserved over time. The Cathx Ocean imaging system revealed these ancient shipwrecks and modelled them for post-acquisition inspection.

Since 2009, Cathx Ocean have been developing their own subsea cameras, lights, and lasers. Initially with a focus on high quality still images for aiding inspection work, Cathx have since expanded their focus into subsea laser profiling. By combining these two data acquisition techniques, either from a single camera, or across several cameras within a single system, Cathx can capture co-registered stills and laser data which provide scale and high levels of detail and resolution. The results can be in the form of still images, laser point clouds, photogrammetry, or laser data which can be coloured from the still images.

Some of the wrecks discovered during this project are believed to have laid undiscovered for over one thousand years. This project uncovered a previously unseen insight into the life of the early seafaring people around the Black Sea.

The objectives of the dives from a Cathx standpoint were:

In 1976, MMT was founded by a marine biologist to investigate the sea. MMT provide marine surveys, asset integrity and construction support to the Oil & Gas, Renewable Energy and Interconnector industries. Headquartered in Sweden, they collect and process information to visualise the conditions of the seabed.

This project was focused in the area of the Black Sea which falls under Bulgarian jurisdiction. The team used the port of Burgas as a base for operations.

Two ROVs were used throughout this project. Both ROVs carried Cathx imaging systems, configured for a certain task.

The Surveyor Interceptor ROV, developed by MMT and Reach Subsea, is a high-speed sensor carrier, which has been developed for use in subsea surveys. The Surveyor ROV (SROV) specialises in survey work and the Cathx system is one of the primary tools at its disposal. The SROV was fitted with a downward-facing imaging and laser profiling system, used for producing still images, mosaics and laser point clouds.

The second system, fitted to a Schilling work class ROV, was provided with a wide angle Cathx Ivanoff camera and two high-lumen output lights. The primary purpose of this system was to gather the images to be used in the photogrammetric models. 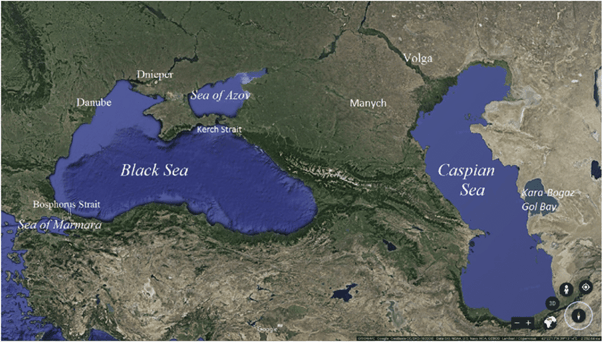 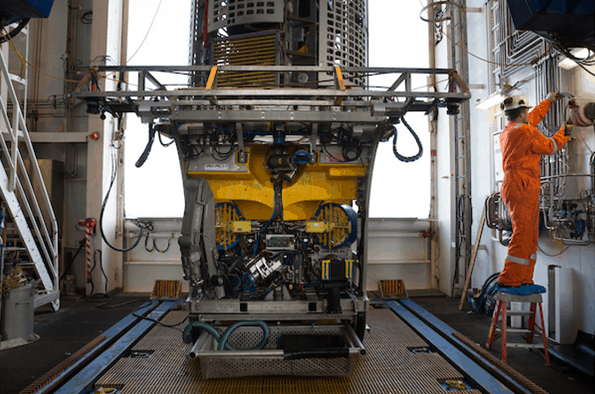 Operating at depths more than 2,000m, the cameras need to be able to withstand the crushing pressures of these depths.

All cameras will have some level of distortion, which can result in straight lines appearing to be curved. This can particularly be the case around the perimeter of the image, where distortion is generally at its strongest. In general, cameras suffer from one of two types of optical distortion: pincushion distortion and barrel distortion. This type of distortion poses a challenge as it can hamper mosaic and photogrammetry processes.

The main goal with subsea imaging is to acquire images of sufficient quality and resolution to allow the observer to make decisions on the subject being imaged.

Light and the Underwater Environment

Cameras will generally be operating in non-ideal environments devoid of light whilst strapped to a moving vehicle in water that may also have suspended sediment. There may also be currents which cause the suspended sediment to move across the image and cause blurring.

The cameras are the key element in all Cathx data acquisition, and Cathx have taken the approach of building the cameras from the sensor up. Purpose built for the subsea environment, all Cathx equipment are extensively pressure tested, and cameras can withstand depths of up to 6,000m.

Prior to shipping cameras to our customers, we carry out an in-water calibration procedure. The result of this procedure is a series of distortion coefficients which can be used in various image processing packages, as well as in the Cathx laser processing application.

By flooding the area with large amounts of light the cameras can acquire images at extremely short exposure times, which reduces the effect of blurring caused by objects moving across the image.

Data QA
Both imaging and laser data are reviewed in real time during the acquisition process to verify that the data are being collected and saved correctly with respect to the live feedback.

Image mosaics provide a detailed overview of the layout of a wreck site. Mosaics are a useful way of visualising a target object that is larger than what could be imaged with a single photo. Mosaics work well when the range to the target is maintained throughout the images, as is the case with the SROV images, where the vehicle maintains a steady altitude as it passes over the target. The still images collected were ideal for use in 3rd party mosaic tools and delivered outstanding results.

Photogrammetric models were created, and 3D printed to provide archaeologists with another means of visualising a wreck site. The laser data was essential to provide accurate scale. Photos of the object can be taken from various angles and standoffs and calculations determine where each image was taken from. This information is used to build up a 3D model of the object. The UHD still images captured by the Cathx cameras were used to build complete 3D models of the discovered wrecks.

Laser data is used to provide accurate scale measurements of the target.

The laser appears as a narrow line running across the image. Software running on the camera is used to detect the laser line as it forms a profile across the target. When laser line images are captured in high succession it is possible to build up a detailed 3D model of the scanned area.

Using navigation correction, the laser files containing range, bearing and tilt information in relation to ‘Camera Space’, are real world positioned according to the vehicle position and the lever arm to the sensor. The two sets of data are merged based on corresponding time-stamps.

Laser point clouds do not show interpolated points in the way photogrammetry does. Only laser points which were detected will appear in the point clouds, and as a result they can appear sparser than image based point clouds. However, the point of laser data is to not use interpolation. When the laser data is coloured according to the corresponding still images it gives an effect similar to photogrammetry, but with the added benefit of accurate scale. 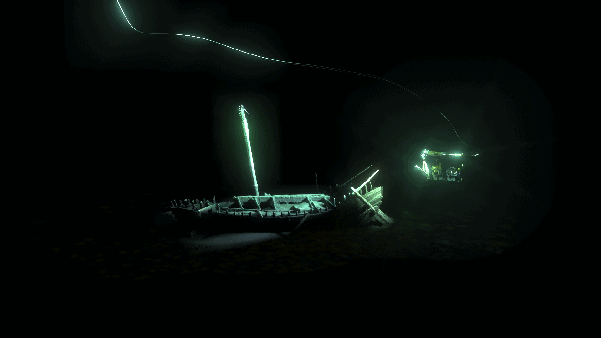 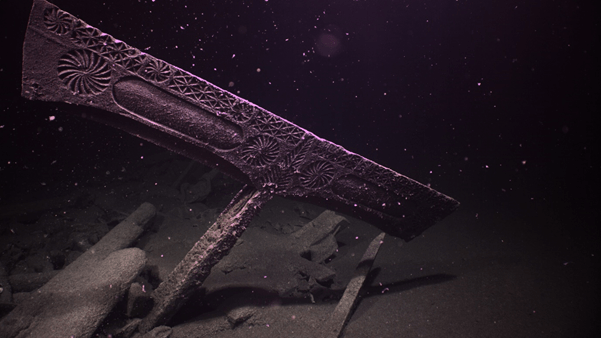 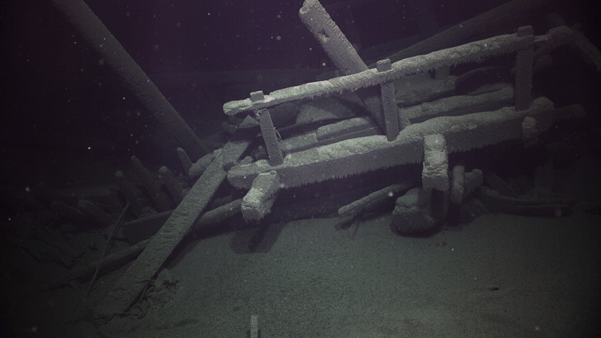