How the Marine Institute used Cathx Ocean’s subsea technology to survey the Nephrops population, provide better data outputs and increase survey efficiency with both offshore and onshore processing and analysis of the data

Working with The Marine Institute, we demonstrated how Cathx Ocean’s technology can be used to accurately survey subsea species population for sustainable commercial fishing.

This also demonstrated how Cathx Ocean’s high-resolution still imaging and video system captures image data at faster speeds without compromising the data quality. This allows for more efficient operational surveys and ship times, as a knock-on effect reduces the CO2 emissions per survey.

Cathx Ocean’s imaging system timestamps and geo-tags images allowing the Marine Institute to accurately build up a profile of the Nephrops habitat over time in a precise area. The data collected today will be suitable for our real-time event detection embedded system to automate the counting and classification process in the future.

It is vital that Nephrops are surveyed on a regular basis to maximize the sustainability of the Nephrops population and ensure that the species are not over fished. The Marine Institute currently carries out Nephrops surveys in around 400 to 500 locations annually.

Having worked closely with us on a number of previous missions, The Marine Institute chose Cathx Ocean after seeing the benefits of using our technology. We supplied a Prowler System complete with Fast Fly video camera, SR5 Spot Laser and Pulsar II Strobe Lights for their towed frame Nephrop data capturing project.

There are many challenges when accurately surveying the Nephrops population. The species live on the seafloor and typically burrow into the seabed. This means that rather than counting animal life, the burrows are counted. Each burrow is judged if it is actively in use. If so, it is counted.

Traditional methods for counting Nephrops would require the vessel to pass over the seabed and manually count the burrows in a ten minute transect to estimate density. Due to the lack of sufficient light, backscatter and motion blur, it would distort the quality of the images produced thus making if near impossible to confidently count the burrows. The Survey Vessels would have to slow down or even stop and wait for conditions to improve. This would add to increased operational and ship times.

The Cathx Ocean Prowler system was the ideal system to use for this mission. It is specially designed for use in environmental, habitat and species mapping surveys. The Prowler acquires image data at high speeds, reducing the need to slowdown or stop the vessel resulting in better quality data from a wider area in a shorter amount of time.

The Fast Fly video camera on the Prowler uses the SR5 spot laser for range information. This could be displayed on the video onscreen display and also provided feedback to the camera to focus it at the correct range. This results in sharp imaging and eliminates camera focus hunting, which affects most auto focus camera used in such environments.

The results speak for themselves.

Higher Quality Images and Video
The 67degree water corrected port version of the Cathx Fast Fly video camera was used. Due to the camera’s position and angle on the towed frame along with the close range to the seabed, this ensured water distortion affects were eradicated. It also ensured that as much of the seabed as possible was captured during the survey. The result was the collection of higher quality detailed images and video.

Faster Survey Times and Reduced CO2 Emissions
The Cathx Prowler acquired image data at higher speeds. This reduced the need to slowdown or stop the ship. It allowed for better quality data to be captured from a wider area in a shorter amount of time. Reductions in survey times also resulted in reduced CO2 emissions.

Cathx Ocean’s Prowler produces high quality detailed images. These are ideal for use in third party software for mosaic and photogrammetry requirements.

Cathx Ocean’s Mission Monitoring software displays images from the imaging system in real-time to ensure the quality of the images. The Camera Monitoring GUI allows the real-time control of key parameters such as image, exposure, focus, and aperture. It also allows real-time status on image saving.

Cathx Ocean’s data event detection process will help automate the counting and classification process. Human error is reduced, as there is no manual input of data.

The Prowler system integrates with the vessel navigation system. The images captured are instantly timestamped and geo-tagged. By surveying the same area on a continuous basis, this allows the Marine Institute to build up a profile the Nephrops habitat over time. 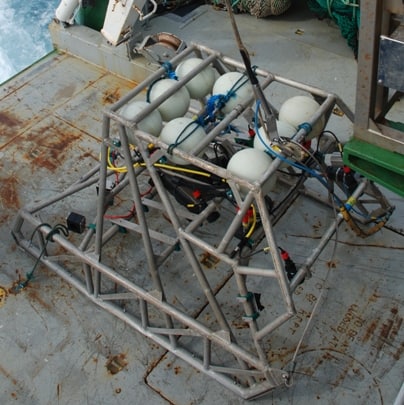 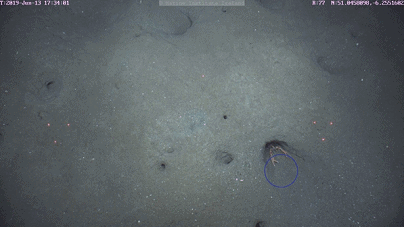 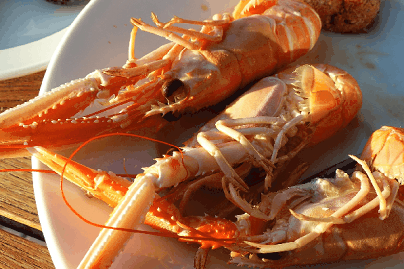